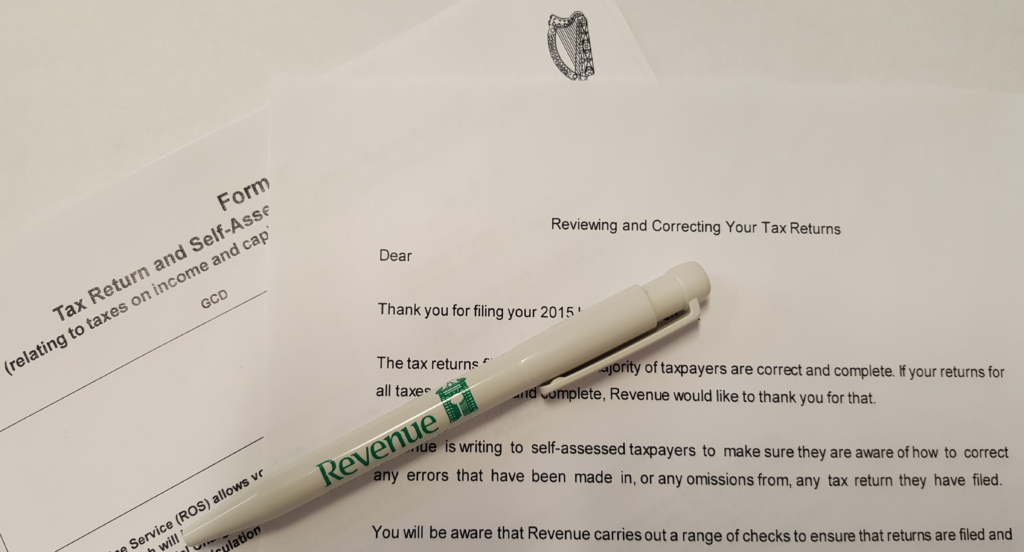 Revenue has recently written to thousands of self – assessed tax payers who filed income tax returns for 2015 to invite them to review their tax affairs and consider whether they need to make a disclosure to Revenue and pay over any underpaid tax, interest and penalties.  They were also reminding taxpayers that they have up to 30th April 2017 to make a qualifying disclosure to Revenue.  It is important to note that the deadline applies equally to all taxpayers – PAYE taxpayers, corporates etc.

This correspondence is part of Revenue’s campaign to alert taxpayers to the fact that it will not be possible to make a qualifying disclosure in relation to offshore matters after 30 April 2017.

In addition, if Revenue discover an offshore matter after this deadline that has not been disclosed before 30 April it could impact on a taxpayer’s ability to make a disclosure on an unrelated onshore matter (if the undeclared offshore matter amounts to more than 15% of the total tax due in a return).

In broad terms, where a taxpayer has not reported income or gains arising outside Ireland before 30 April this will result in:

While the new legislation may be primarily focused at targeting tax evasion, the legislation is very broad in scope. A qualifying disclosure may also be required where a taxpayer has previously incorrectly reported, or understated an offshore income or gain in their tax return, such as the case where a gain arising from an offshore fund has been incorrectly treated as capital in nature rather than income. Given the very complex tax legislation governing offshore funds and the multitude of different products in the market, there could be cases where genuine mistakes have been made in the past.

In light of the serious implications for taxpayers of failing to make a disclosure on an offshore matter before 30 April where one is required, you should review your offshore funds and similar products very carefully if you are in any doubt about the correct tax treatment of the item.

Tax payers should be aware that the legislation refers to all income and/or gains arising anywhere outside the Republic of Ireland. There is no difference between underdeclared income from say the UK and undeclared income from more exotic locations.

While a penalty will generally be sought by Revenue where tax has been underpaid, a penalty will not apply to an underpayment of tax if the aggregate amount of tax/duty underpaid is less than €6,000 and the default is not in the “deliberate behaviour” category.

We have included some material below that you may find useful.