Capital Acquisitions Tax changes in Finance Act 2016 – what do they mean for you? 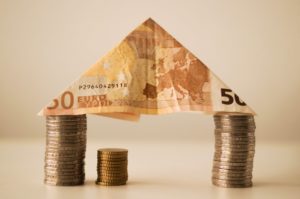 Capital Acquisitions Tax changes in Finance Act 2016 – what do they mean for you?

There was no change to the Capital Acquisitions Tax rate of 33%.

The Finance Act 2016 also includes significant changes to the rules governing dwelling house relief granted under section 86 of the Capital Acquisitions Tax Consolidated Act 2003. Amendments made to the relief by the Act considerably narrow its scope so that, with effect from 25 December 2016 the exemption no longer applies to gifts of dwelling houses unless the gift is made to a dependent relative of the donor. Prior to the Act, the relief applied to gifts of any dwelling house to any recipients. However, section 52 has significantly restricted the relief, particularly in relation to the ability to make tax-exempt gifts of dwelling houses. In addition, in the case of an inheritance, the exemption now applies only to the principal private residence of a disponer.

Dwelling House Exemption now applies where residential properties are bequeathed by individuals who live there to successors who:

A dwelling house will now qualify for the exemption where:

* Dependent relative means a relative of the donor who is incapacitated to such an extent that they are unable to maintain themselves by earning an income from working or who is aged 65 or over.

A dwelling house will cease to be exempt where, within the period of 6 years beginning on the date of an inheritance,

• it is sold or otherwise disposed of by a successor, or
• a successor ceases to occupy the dwelling house as his or her only or main residence.

If a dwelling house ceases to be exempt, then tax is chargeable as if it had not qualified for the exemption at the date of the inheritance. The inheritance must then be taken into account under the aggregation rules when computing tax on later gifts or inheritances within the same group threshold. However, a sale, disposal or cessation of occupation does not result in the withdrawal of the exemption where:

Where a person who was 55 years of age or older received a gift or inheritance of a dwelling house prior to 25 December 2016 and satisfied the other qualifying conditions for the exemption at that time, there will be no clawback of the exemption as a result of the age threshold being increased to 65 years by Finance Act 2016. Such persons can still do what they wish with the dwelling house after receiving it and still have no requirement to live there for the following 6 years provided the gift or inheritance was received before 25 December 2016.

The Finance Act 2016 did not make any arrangements to retain the exemption for people who may already have acquired a dwelling house for another person to live in less than three years before 25 December 2016 with the intention of gifting the house to that person three years later.